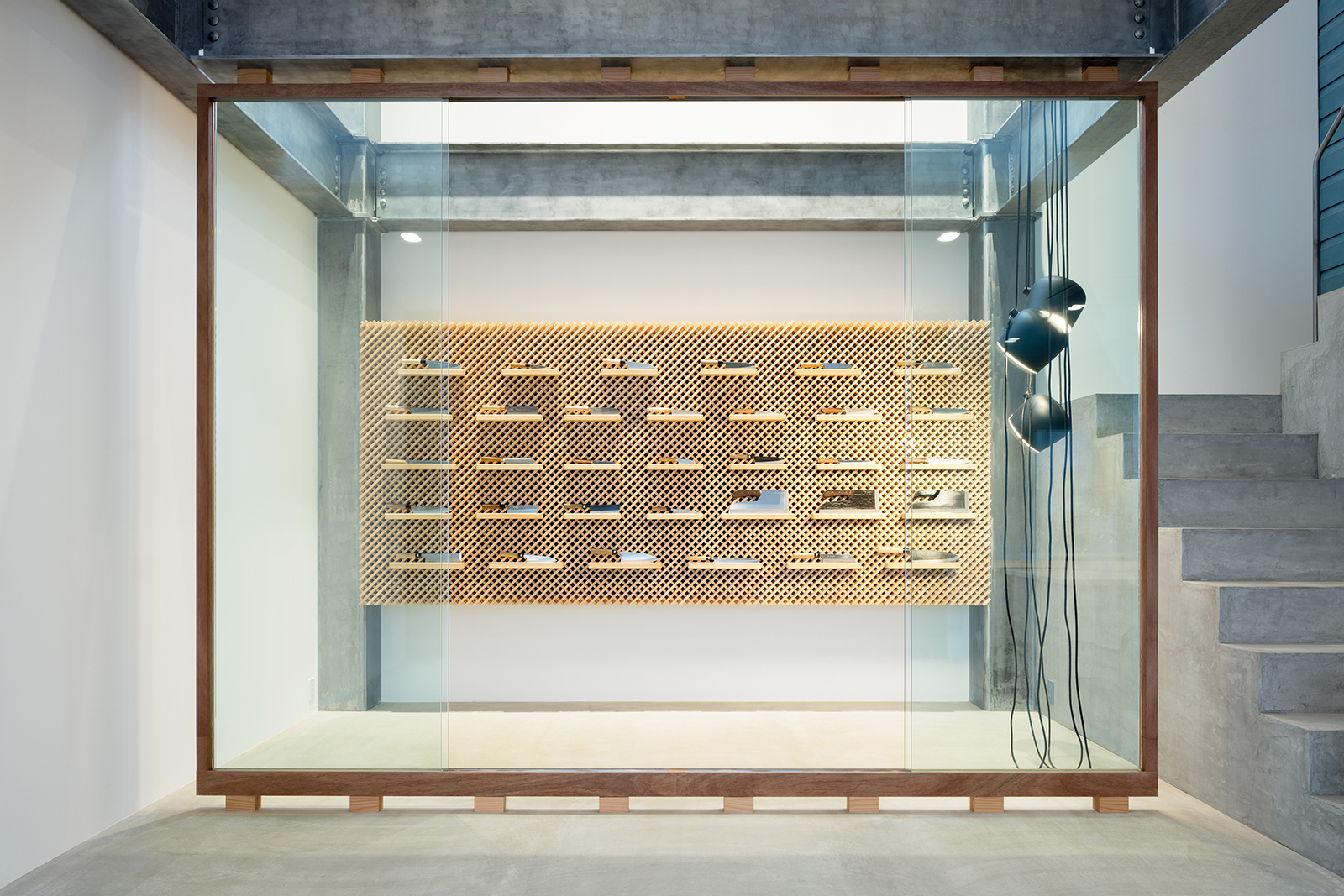 A showcase for both the Japanese traditional blacksmithing knife heritage of Tsubame-Sanjo and its surrounding craftsmanship.

Located in Tsubame-Sanjo, a blacksmithing town with over 300 years of history, Tadafusa is an esteemed manufacturer of hand-forged knives.

The notion of a cutting board shop is also a thread woven deeply into the store concept. While Tsubame-Sanjo area is famous for being a blacksmithing town, knives do not consist solely of blades. The specialized antibacterial carbonization method Tadafusa has developed is represented in the design’s focus on the use of spruce:  carbonized spruce lends exceptional antibacterial qualities to knife handles and cutting boards. It is from this material that the displays and the central table are constructed, and upon which, Tadafusa’s products can be experienced.

What appears quite simple and plain at first is actually a refined exercise in behavior design. The standard knife display case was re-envisioned, transforming the customer-knife interface. Commonly seen as a locked case of shallow depth with a large number of implements displayed vertically within has been given a more human scale, the sliding glass doors remain, but the “case” itself is meant to be entered, not merely opened. The thinned-out assortment of knives is at once both more attractive and user friendly, the horizontal orientation more intuitive. The deftly crafted display system of easily adjusted interlocking shelves, custom built by local artisans, offers seemingly endless possibilities. The security zone most often represented by the locked glass case has been rebranded as a zone of reverence. A raised threshold forces visitors into a heighted state of awareness as they enter the area, mimicking those found in shrines and temples.

Adjacent the factory, the shop takes as an interior wall a portion of one from the factory’s exterior.  Tadafusa’s shop seamlessly blends notions of danger and precision together with natural elements, elevating the knife of daily use into an elegant showcase for the industry’s resurgence. 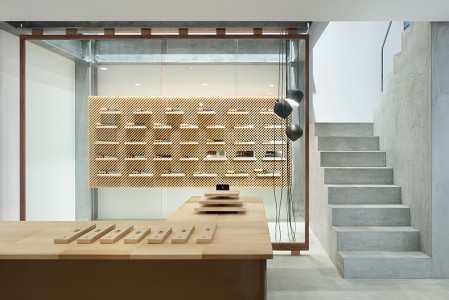 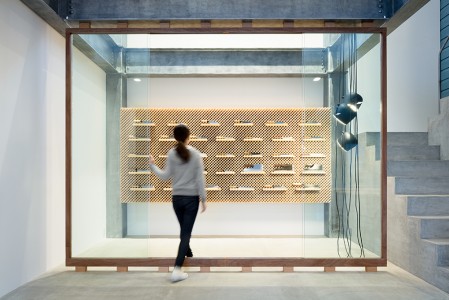 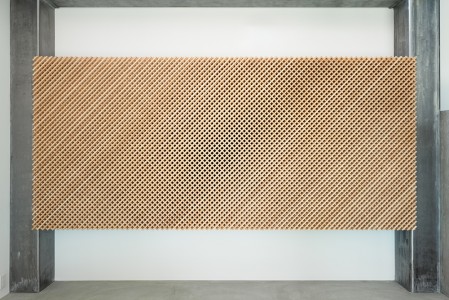 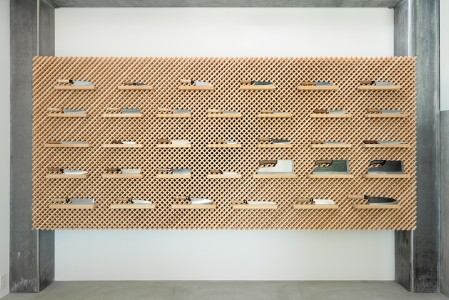 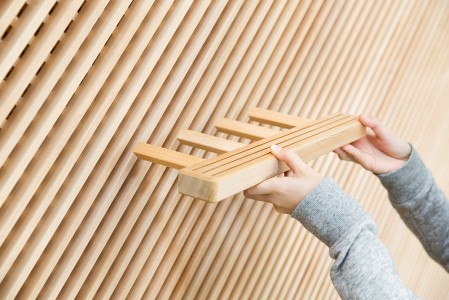 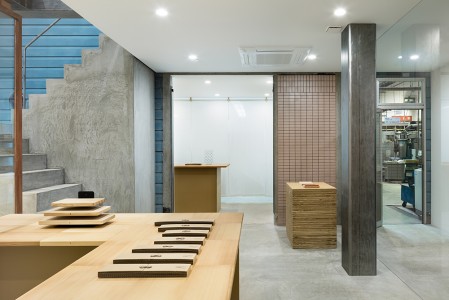 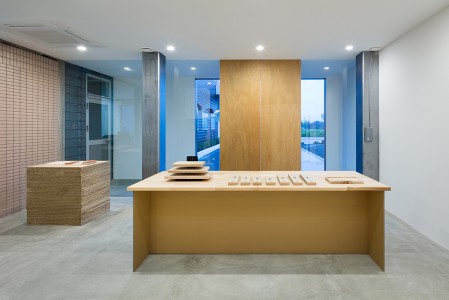 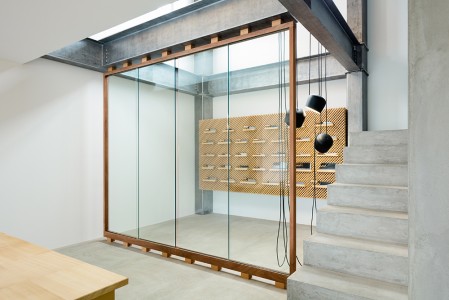 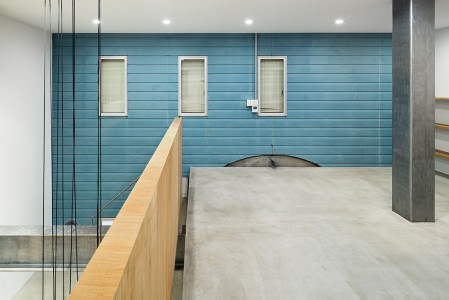 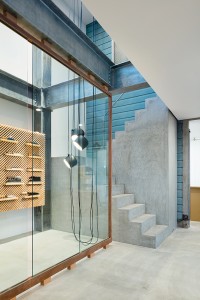 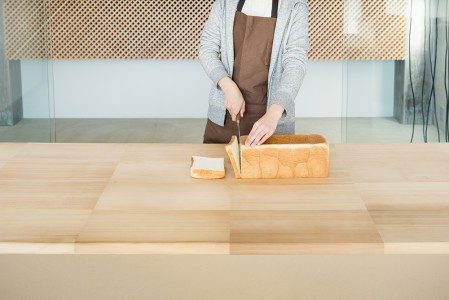 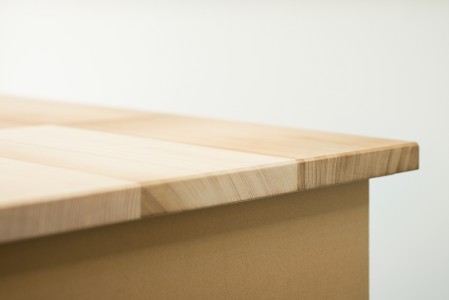 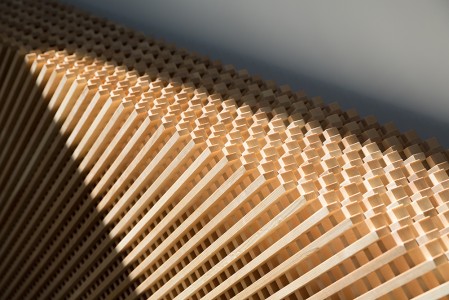 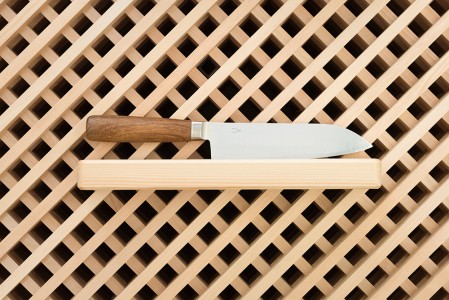 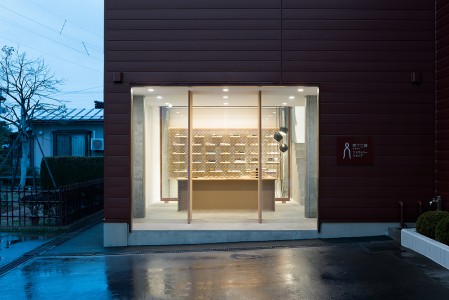 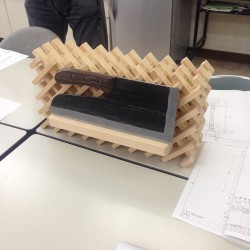 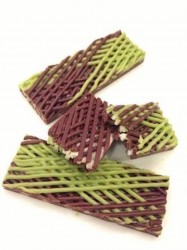 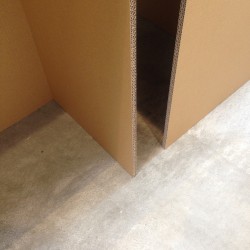 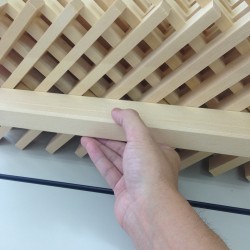 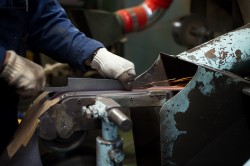 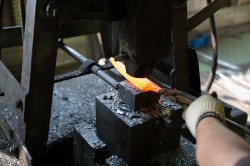 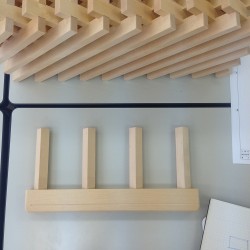 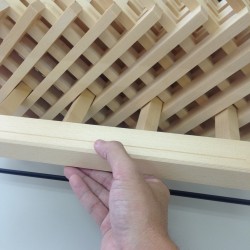