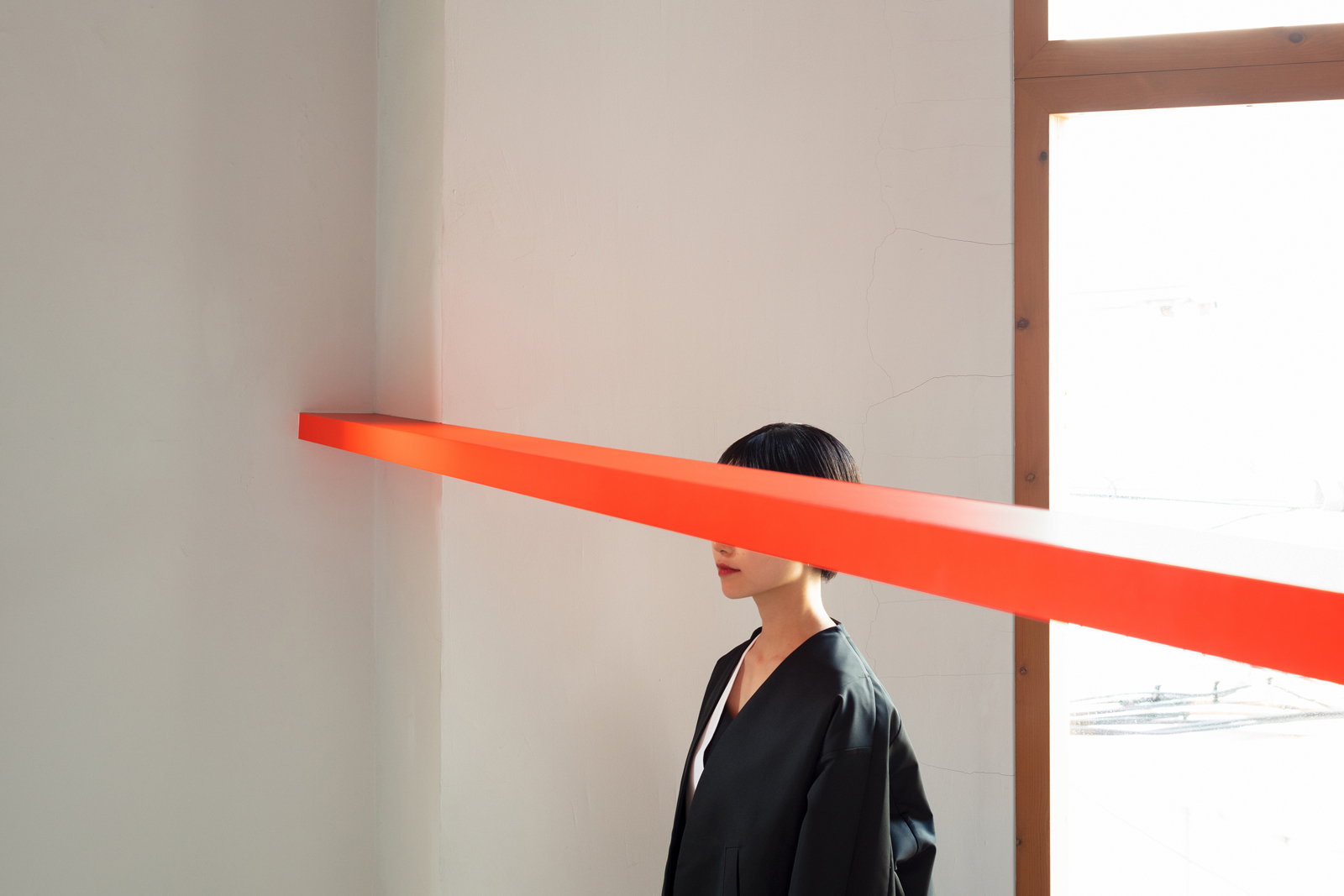 That which is hidden, put on display

The boutique “I SEE ALL” is located on the second floor of a converted bank building built in 1922 in central Osaka. As the space had been renovated before the store moved in, Yusuke Seki was commissioned to design the interior and furniture. The most significant intervention consists of a single shelf, executed in vermillion-coated steel, that bisects the room and marks the separation between the sales floor and the back-end of the store . The custom-built shelf has a span of 4.6 meters, and is kept hollow to reduce weight and avoid sagging. Installed at just around eye-level, the shelf is practically unavoidable.

The decision to mark the public and private areas of the store with nothing but a filigree shelf has a practical reason: The large bay window in the corner, a characteristic feature of the historic building, was too precious to block off with a harder partition and ban to the back of the store. At the same time, the shelf recalls a graphic annotation that a designer might draw in red pen to indicate a separation in a plan. Understood as a two-dimensional line transposed into three-dimensional space, the shelf also takes on the quality of an abstract symbol, the idea of a partition reduced to a pure sign – a nod to Yusuke Seki’s approach of using minimum means to achieve maximum impact.

The merchandise tables with built-in drawers have also been designed with an element of surprise in mind. While they present as solid blocks when seen from the front, the other three sides have been deliberately left exposed, as if left half finished. The internal mechanisms of the drawers, with all of their nuts and bolts, thus become visible from the outside: a rebellion against the sleek minimalism that characterizes many high-fashion boutiques.

Indeed, the idea of revealing that which usually remains hidden is an organizing principle of this design. Like the normally invisible labor of the drawer slide mechanisms, the workings of the back-end of the store are here brought to light.  The name, after all, speaks for itself: “I SEE ALL”. 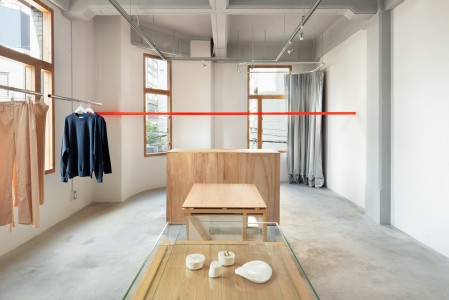 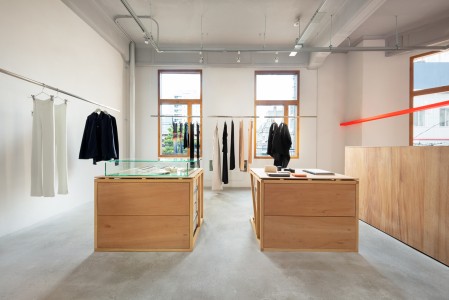 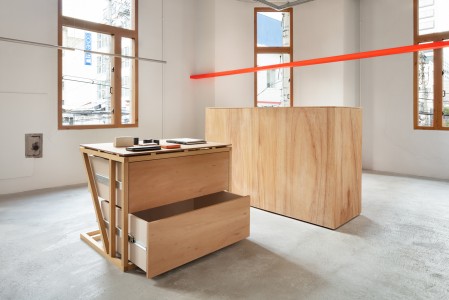 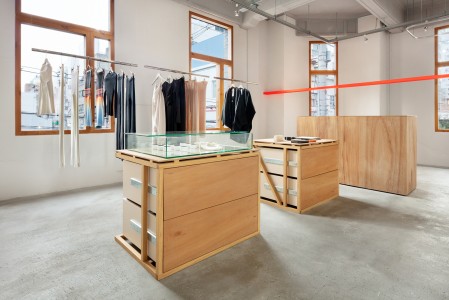 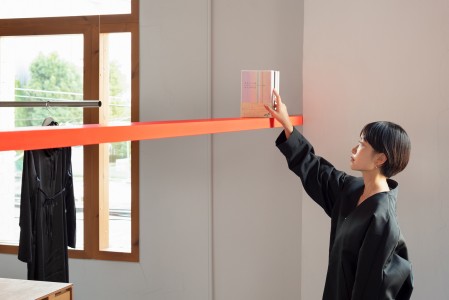 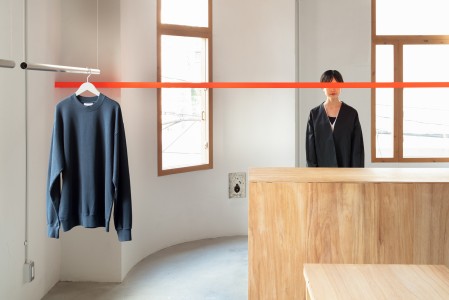 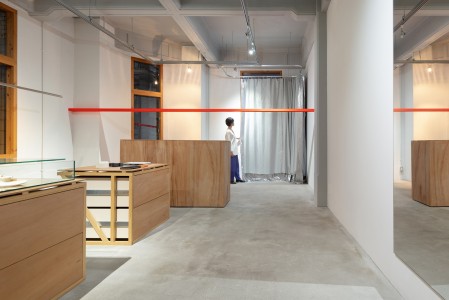 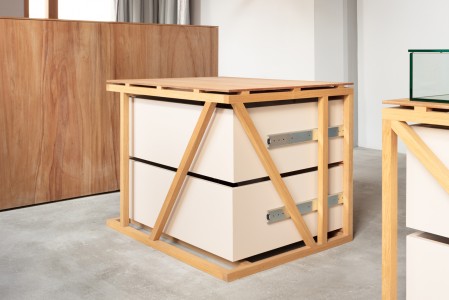 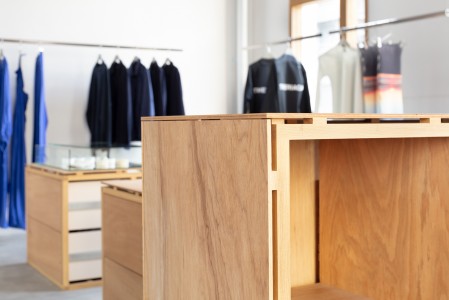 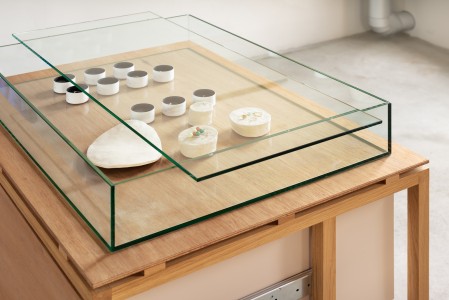 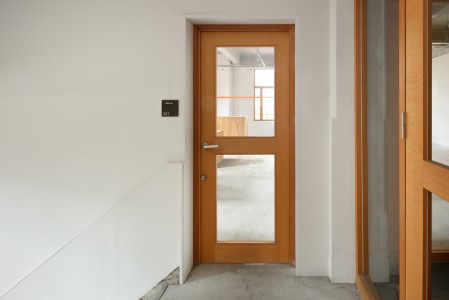 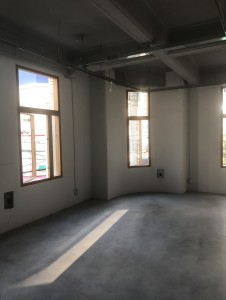 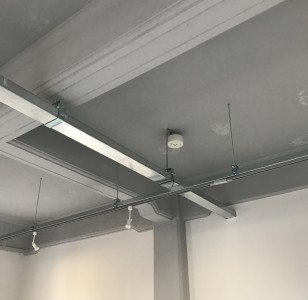 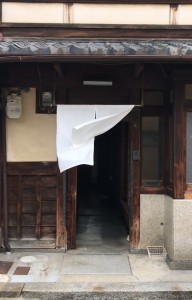 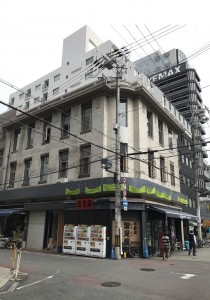 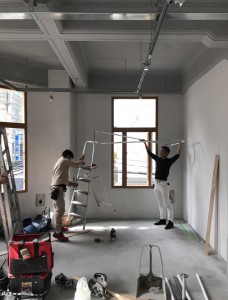 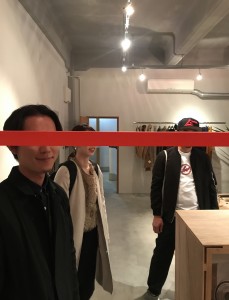 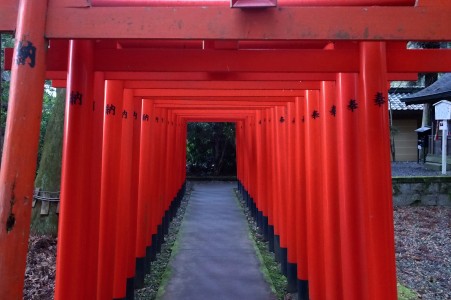